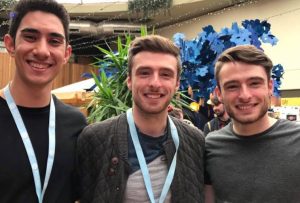 A THURROCK physical theatre group have been going down a storm at the Prague Fringe festival.

Rendered Retina’s show called “Form” was one of the sleeper hits at the Edinburgh Festival in 2017 and since then the show has been playing to sell out crowds and received high praise from the critics.

The Thurrock based theatre workshop company are now having massive success at the Prague Fringe this week – doing six performances of their award winning ‘Form’.

Their first two shows have already played to sell out crowds and now they have been invited to perform at the British Embassy.

Next week, they perform at the Ruhr Fringe in Germany on their way back.