Chelmsford prison rated one of the most “dangerous in the country”

CHELMSFORD Prison is one of the most dangerous and violent jails in the country, new figures have shown.

Between 2016 and 2017 Chelmsford Prison saw the highest increase in the numbers of serious assaults on staff of all the prisons in England and Wales.

The 185 per cent increase in serious assaults on staff from seven incidents in 2016 to 20 in 2017 has been recognised by the jail, which has introduced a new model to improve closer working with prisoners.

But the levels of violence – the jail recorded a total of 531 assaults in 2017, leaving just 12 other prisons with higher numbers – has been decried by the Prisoner Officers Association, which has said the Ministry of Justice needs to implement an investigation into the increases in attacks.

Jackie Marshall, of the Prison Officers Association, said: “It’s just not acceptable, the levels of violence our members are facing, with prisoner on prisoner assaults and seeing their colleagues used as punchbags.”

Serious prisoner on prisoner assaults have also seen large increases at the jail. There were 44 in 2017, which is a 76 per cent increase from the 25 seen in 2016, according to the latest Ministry of Justice figures published on June 1. 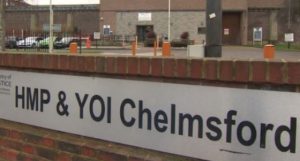 The prison has also been attacked for the number of suicides – 14 since 2011.

Ms Marshall added: “They could restrict regimes which isn’t ideal but then the staff have fewer prisoners to look after.

“What they need to do is commission an investigation– to see if they have a different type of prisoner going in there, to look at the experience of staff, to look at the regime but they won’t do it.

“They might have to face up to something when they get the results.”

The prison, built in 1830, has been used as a long term category B, a young person’s prison and a local prison since 1987. Two new houseblocks were opened in 1996 to relieve overcrowding.

Latest figures from April recorded there were 694 inmates, while the capacity stands at 715.

A spokesman for the Prison Service said: “The levels of violence in our prisons are far too high which is why we are taking urgent action to ensure prison officers have the tools they need to do the job.

“In addition to body worn cameras and extra training to de-escalate violent incidents, HMP Chelmsford has introduced a new model to improve closer working with prisoners ensuring a prisoner has dedicated support from a specific prison officer.

“Staff recruitment has been vital to putting this scheme in place and improving safety, and the prison now has 83 more prison officers than in October 2016.

“Violence against our hardworking staff will never be tolerated and when incidents occur, we will always work closely with the police to push for the strongest possible punishment.”

The new figures published by the Ministry of Justice follow a damning report in December 2017 that described HMP Chelmsford as operating as a warehouse for inmates.

The stinging report from the Independent Monitoring Board highlighted that staffing levels at the Springfield Road prison have been inadequate – leading to disruption of education and work and prisoners being locked up longer in their cells.

The report claimed that this itself brings a danger of frustration and violence and whilst it was not possible to establish a direct link between deaths in custody and low staffing levels, the board did state that too few staff means reduced vigilance.

The board was also concerned in the increasing levels of violence, much of which is linked to drug trafficking, which leads to bullying and debts.

During April 2017, although the prison’s ‘benchmarked’ staffing level was 144 officers, a new ‘temporary profile’ of 126 officers was agreed.

However, at that point, only 113 officers were in fact available for duty.