THE headlines before this game may have been about Bruce Grobbelaar, and the late call up of the Chagos Islands, however this was a extremely easy-on-the-eye game and was very competitive. The Chagos Islands proved that they were not simply there to make up the numbers.

Grobbelaar started and played for 30 minutes wearing the number 96 in tribute to those who lost their lives at Hillsborough. In truth, he was not put under any real pressure. His highlight was a trademark run out of the box to pick up a long ball under pressure from an attacker. Turning back the years he delicately scooped the ball over the Chagos forward’s head before running round him to clear the ball. It was a real crowd pleaser.

Throughout the game both sides played an extremely attractive passing style. Both keepers were called upon to make good saves. It was a game that either side could have won.

The deadlock was broken midway into the second half by Matabeleland. A cross from the right of the box to the far post was buried into the top left of the Chagos net via a superb header from Musa.

The Chagossians created a number of good chances before the game ended. Their best, and the final kick of the game, fell to Nicolas Flore. Flore was left with the goal at his mercy only to place his shot straight at the keeper.

Both sides should be very proud of their performance. Matabeleland will return to the Parkside again on Saturday to face Tamil Ealam. The Chagos Islands, who stepped into this competition with very little notice, proved that they have the quality to mix it with teams within the Confia family.

I can’t wait for Saturday’s double header at the Parkside. Kick off times are 12pm and 3pm. 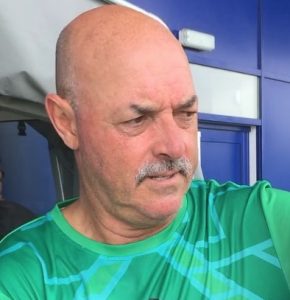