A MAN has been jailed for six years for the manslaughter of a man who he assaulted, knocking him from his bicycle. 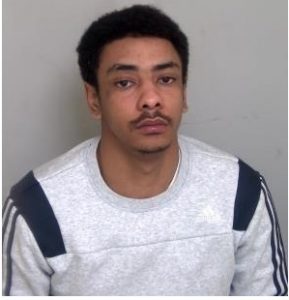 52 year-old George Cunningham had been riding his bicycle through Dilkes Park into Foyle Drive, South Ockendon on December 14, 2017 when he stopped to speak to two people who had pulled up in a silver BMW.

The court heard how witnesses reported shouting between Mr Cunningham and the people in the car before Mr Cunningham went to ride off.

A man got out of the car and chased after him, catching up with him, punching him to the back of the head, forcing him to come off his bicycle and striking his head on a hard surface.

The man then got back into the car and it sped off in the direction of Stifford Road.

A member of the public who had seen the attack went over to help Mr Cunningham. They tried to give him help and called an ambulance.

Sadly, Mr Cunningham died at the scene. A forensic post-mortem found he had suffered a serious head injury and would have been immediately knocked unconscious.

CCTV overlooking Dilkes Park captured the entire incident while footage from a bus allowed the investigating officers to identify the registration plate of the silver BMW.

When officers carried out checks into the car they found it was registered to Ryan Greasley.

Analysis of Mr Cunningham’s mobile phone found he received and then made a call to a number which was subsequently identified as that of a phone used solely by Greasley.

Greasley, 23, of Barking Road London E13 attended Grays police station on Friday, December 29 where he was arrested and then charged with murder.

At Basildon Crown Court today (Monday, June 11) he pleaded guilty to manslaughter and was jailed for six years.

“George Cunningham was defenceless against the assault by Ryan Greasley, as he tried to ride away from him.

“I am pleased that justice has been served today for Mr Cunningham’s family, and I hope this can provide them some closure”.