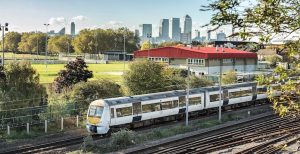 THURROCK Labour have highlighted the need for a much improved c2c performance after rail chaos on Wednesday left many Thurrock commuters stranded in London trying to get home. Packed rush hour trains were left stuck between stations and Fenchurch Street was closed, causing overcrowding issues.

As a result of faulty overhead power cables, commuters were advised to use the District Line and Greater Anglia services, despite the fact these services were also suffering delays and cancellations.

Cllr Jane Pothecary, Labour’s Shadow Portfolio Holder for Transport, called on c2c to review the quality of their contingency plans and how they communicate with passengers when things go wrong.

She said, “As one of the people stuck trying to get home, I call on c2c to get a grip. A week doesn’t go by without cancellations, delays or missed stops. Some of this is just part and parcel of operating a train line but the lack of information is what really frustrates people.

“Some things are out of c2c’s control but communicating with their passengers is entirely down to them. The drivers and staff on the ground are bearing the brunt of people’s frustration and trying to give them the information they need, but it just doesn’t come from those in charge.

“There need to be very clear contingencies for issues that might arise and then clear, fast communication to commuters of the size and likely duration of any issues, along with workable alternative routes. They shouldn’t be left standing around wondering.”

She added, “I hope that by the time c2c are back in front of the Transport Scrutiny committee later this year they will be explaining what they have already done to improve rather than us still calling for improvements.”