Give domestic violence the red card during World Cup

POLICE officers across the UK are preparing for an increase in domestic violence during England’s World Cup games. 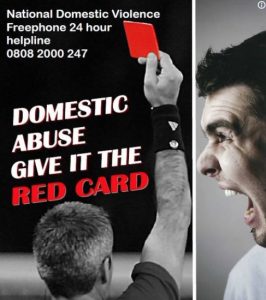 Several forces have joined the Give Domestic Abuse the Red Card campaign after research found domestic violence increased when England both lost and won matches during previous tournaments.

Analysis by Lancaster University found during the last World Cup in 2014 incidents of domestic abuse in Lancashire rose by 38% when England lost.

When they won or drew abuse increased by 26% compared to days when there was no England match.

The day after an England match, incidents were 11% higher, the research found.

In 2014 there was an average number of 79.3 reported incidents when England played compared with 58.2 when the team did not play.