Pressure on water supply in the county

PRESSURE on water supplies is set to increase across Essex after a decision to slash the amount of water being diverted into the county by almost 60 million litres a day. 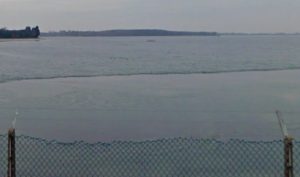 Days of dry weather and soaring temperatures have left river levels around Essex “notably low” – putting extra pressure on Essex and Suffolk’s reservoirs at Hanningfield and Abberton that are replenished by pumping from the rivers Chelmer, Blackwater and Stour to fill them, rather than simply relying on rainfall from their limited catchment area.

And even though Essex and Suffolk Water says its water supplies are healthy at the two reservoirs, pressure on water supplies across Essex is likely to increase after the decision on July 3 to reduce the rate of water transfered to the county from neighbouring Cambridgeshire through the Ely Ouse Essex Transfer Scheme by a quarter from 80 million litres of water a day to 23 million litres a day.

The Environment Agency, which manages the scheme to divert water into the Rivers Pant and Blackwater, says the decision was as a result of reduced rainfall.

A spokesman said that a natural reduction in river flows and groundwater levels at this time of year is to be expected and water companies plan for these summer months.

Paul Hickey, head of water resources for the Environment Agency, said: “There is enough water for companies to maintain supplies if water resources are managed properly. There are currently no water use restrictions in place for water company customers.

“However, we encourage everyone to follow advice on saving water from their water company and use water wisely. At this time of year the Environment Agency is responding to pressure on rivers caused by low flows and we continue to actively monitor the situation.”

Essex is the driest county in the UK. During a dry year, insufficient water is available from within Essex to meet customer demand. Since the 1970s, Essex has relied on transfers of water from the Ely Ouse to fill Abberton and Hanningfield reservoirs, which between them hold 66,000 megalitres of water.

Under the scheme, surplus water which would otherwise flow into The Wash, is transferred to fill Abberton Reservoir.

Latest data from the Environment Agency has other Essex rivers – including the River Chelmer close to their typically lowest levels.

The Chelmer at Springfield is 0.10m deep –close to its lowest level of 0.06m.

The river Stour is currently 0.13m which has a typical range of between 0 and 1.43m.

A spokesman from Essex and Suffolk said it was impossible, to say at the moment, how much breathing space they had if dry weather continues for some time.

He said: “It depends on demand. But we have put extra capacity into reservoirs and we are pumping more out.

“We are not in any kind of crisis situation at the moment, we just need people to use water wisely.

“It’s impossible to give a figure to say how much we have left.

“Our supplies are healthy at the moment but we are obviously asking customers to help us out where they can by being as water efficient as possible.”

Forecasters say the dry weather is set to last for another 10 days, and even after that only brief scattered showers will bring some rain.