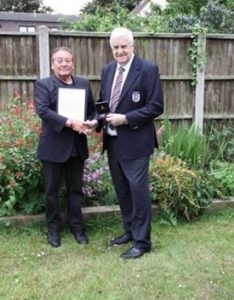 THE MAYOR of Thurrock has sent best wishes to an East Tilbury councillor and his father (a former Ockendon councillor) who were victims of an assault at the weekend.

Councillor Barbara Rice sent out her message after the leader of the Thurrock Independents, Cllr Luke Spillman gave the chamber an update on the condition of Cllr James Baker and Chris Baker after the attack at Canterbury Parade in South Ockendon.