A SENIOR Labour councillor has questioned why invoices for over £500 no longer appear on the Thurrock Council website.

For a number of years, all payments of over £500 made by Thurrock Council have appeared on their website but that list has not appeared for several months.

Councils are obliged to do that in the interest of transparency and openness however, Cllr Collins did not have the answer and said he would get back to Cllr Kent.

The Q and A came as part of Cllr Collin’s annual report however as you may see from the eleven minute clip, it was not the only occasion in which the councillor did not have an answer to hand. 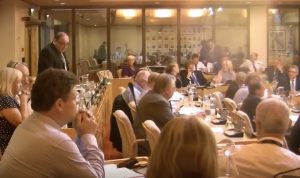