THREE weeks ago, we filmed the litter down at the Thames Road car park (next to Thurrock Yacht Club).

We remembered filming a discarded Canon photocopier. Three weeks later and we noticed a tweet by Grays Thurrock councillor, John Kent, which attached a photograph of the sad and lonely photocopier.

For some it would seem surprising that a car park largely used by Thurrock Council staff has so much litter. 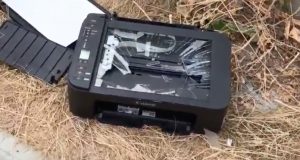 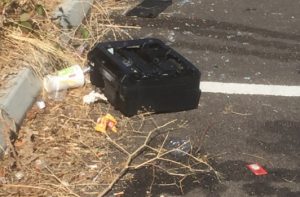