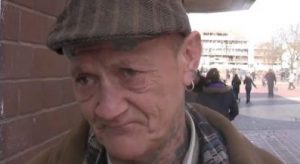 TWO people have been released under investigation following the death of 56-year-old John Hicks in Grays.

A 19-year-old man and a 47-year-old woman were initially arrested on suspicion of murder after Mr Hicks died in hospital on July 4.

Mr Hicks was found on London Road in the early hours of July 3. He had suffered a head injury, and sadly died in hospital the following day.

A post-mortem examination was inconclusive as to his cause of death. We await the results of further forensic testing.

The man has also received a warning notice for the possession of cannabis.

A police spokesperson said: “Our enquiries continue and anyone with information about Mr Hicks’ movements prior to his death is asked to call 101 quoting incident number 41 of 04/07.