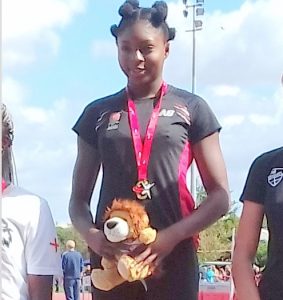 Her first jump of 6 metres could not be reached by any of her rivals and she won by a margin of 28cm.

Funminiyi, along with Theo Adesina, will be helping Thurrock Harriers in their quest to win the Eastern Young Athletics League on September 2nd and are both looking forward to the Schools Games in two weeks time where they will represent England.