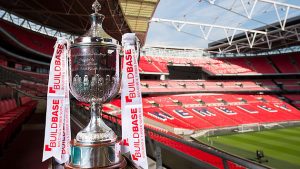 Stanway Rovers A White Ensign A

Takeley overcame Walthamstow in a real ding-dong battle that needed extra time before a winner could be found. Charlie Cole had fired Takeley into an 11th minute lead and they held onto it right until the 84th minute when James Peagram levelled. Stuart Zanone then provided Takeley with the lead in the first period of extra time with Andre Humphrys then making sure there was no way back for Walthamstow by making it 3-1 in the final minute of extra time. Clapton and Woodford Town also went all the way to extra time , but there game ended 1-1 at the end and so they have to go again in midweek. Clapton scored through Steve Sardinia, with Temi Babalola notching for Woodford Town. Stanway Rovers and White Ensign will also have to go again after their game was abandoned due to a player receiving a bad injury.

Tower Hamlets found themselves two-goals down at Langford as Luke Smith and Jack Worbey put the hosts in a commanding lead. Lindisipho Mtyanda and Michael Adeste then scored for Hamlets which levelled the game, but having clawed their way back into the game, the hosts then socred again through James Todd to win the game 3-2. Leyton Athletic were brushed aside by Stotfold who won the game 4-0. Ilford also crash out, despite taking the lead against Haverhill Rovers. The Foxes had been under the cosh for most of the first half but took the lead three minutes into the second half when Yemi Adelani pounched on a defensive error. Mark Lovell then levelled for the hosts in the 54th minute before Sam Holmes rifled home the winner in the 82nd minute to see Haverhill Rovers through.Stansted also fell at the first hurdle as Jordan Palmer’s goal was cancelled out by Sam Newson’s brace, with George Clarke the other Brantham Athletic scorer in the 3-1 win.

First half goals from Mohamed Kargbo and Nathan Dewberry meant Southend Manor went in at the break with one foot very much in the next round. There was to be no way back for Ipswich Wanderers with Charlie Little going on to add Manor’s third goal of the afternoon five minutes from time. Halstead Town were thumped 6-0 at Enfield Borough, while May & Baker made it a dream Vase debut as their first ever game in the competition saw them beat Burnham Ramblers 8-1. Dean Hall opened the account in the 16th minute, and by half time Reece Tranter and Dan Gilchrist had both rifled home braces to put the hosts 5-0 up. Jack Davies pulled one back for Ramblers in the 65th minute, but Gilchrist completed his hat-trick six minutes later, added a fourth five minutes after that, before Kiel Chandler then fired home the final goal in the 82nd minute. Holland move on after beating Cornard United 4-2, Newbury Forest ended Wivenhoe Town’s interest as they beat them 2-1 at Oakside, while Fire United travelled to Lordswood and were sent packing with a 2-0 defeat.