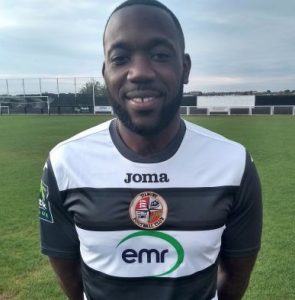 TILBURY’S disappointing start to the competitive season continued at Chadfields on Saturday with a derby Bostik North defeat against south Essex neighbours Basildon United, who stepped up from the Essex Senior League last season.

Tilbury started brightly but it was the visitors who were to open the scoring on 17 minutes when former Docker Eljay Worrell volleyed home from outside the area.

Tilbury were back on level terms eight minutes later when a good move in the Tilbury midfield saw Harry Norman flick the ball through to James Walker who made no mistake.

Both sides made defensive mistakes, but both keepers had little to do in an even first half.

After the break Simon Peddie headed wide from a Carlile free-kick, before the winner came on 54 minutes when Marcus Bowers’ low shout found the net.

Tilbury’s best effort in the time that remained fell to Norman who was denied by Basildon stopper Connor Wheatley and the last word was nearly with Basildon’s Jack Adlington-Pile when he broke through the home defence but in the end shot wide.