Woodside Academy praised by Ofsted (despite turning up on sports day) 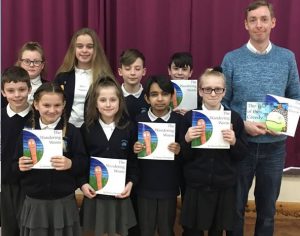 IN the very last week of the summer term busy staff at Woodside Academy, were just preparing for the afternoon and evening performances of the year 6 leavers’ concert when Ofsted rang to say they would be coming the next day, even though this was sports day, and both events had been advertised on the school’s website for months.

In spite of the unfortunate timing inspectors confirmed the leadership team had maintained the good quality of education in the school since the last inspection.

The school had just been given the School Sports Award at Platinum level, the first school in the borough to achieve this and inspectors confirmed that the school could be “rightly proud of the many activities” staff provide for pupils after school and that children have a “wealth of opportunities to develop their skills in sport”.

This was a short “section 8” one day inspection to check the school was still good, but with two inspectors because of the size of the school.

Inspectors looked particularly at the achievement of able pupils at the end of key stage 2 and agreed that this summer’s SATs results showed that:

“The proportion of pupils, including those who are disadvantaged, who have reached the higher standard in reading, writing and mathematics has risen this year.

“Teachers in upper key stage 2 are relentless in ensuring that pupils make as much progress as they can so that they are well prepared for secondary school.”

Principal Edward Caines said “The inspectors could certainly have had better timing but we were pleased that our staff received the recognition they deserved for the hard work.

The inspectors left the school with the usual to do list including; reviewing policies, continuing the progress of most able pupil children, and helping more children progress in science