POLICE Officers are keen to speak to witnesses after three teenagers were assaulted in Tilbury yesterday, September 15. 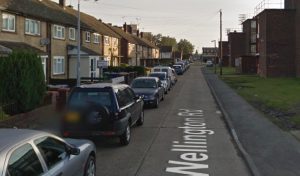 The three victims were in Canberra Square at around 3.35pm, when they were approached by three men. The victims were then assaulted and an unknown substance, which is believed to be irritant rather than hazardous, was thrown at one of the boys.

The group of men, who have been described as black and wore dark clothing, left shortly afterwards in the direction of Wellington Road.

All three victims went to hospital for their injuries, which are not believed to be life-threatening or life-changing.

It is not believed that there is any risk to the wider public at this time.

Our enquiries are ongoing, and anyone who witnessed the assault or has any information is asked to call Grays CID on 101 quoting incident number 808 of 15/09.