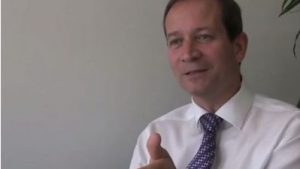 THE FORMER chief executive of Thurrock Council is in line for a new post in Bournemouth.

The Daily Echo has reported that five candidates are in the running after a meet-and-greet event held at Bournemouth’s Hilton Hotel on Thursday, which some 80 people attended.

These include current Bournemouth council managing director Jane Portman, considered by many members to be the front runner, and current Dorset County chief Debbie Ward, who also applied to be head of the new combined Dorset Council but was rejected last week in favour of Matt Prosser, chief of North and West Dorset districts and Weymouth and Portland.

There are three exterior candidates who are understood to include Melbourne Barrett, chief executive of Basingstoke and Deane Borough Council, and David Williams, chief of both Portsmouth City Council and Gosport Borough Council.

The final decision will be made after a ‘breakfast event’ at Upton House in Poole on Wednesday.

The appointment panel is understood to include the leaders and deputy leaders of both Bournemouth and Poole councils.

Mr Farrant was previously chief executive at Thurrock Council and the London Borough of Barking & Dagenham, as well as private leisure consultancy firms.

On his appointment to the Land Registry, Minister for Business Matthew Hancock, said he had “the skills and knowledge to lead and manage the organisation through its transformation into a modern, digital organisation”.