AN investigation led by detectives in Grays is ongoing following the arrest of two men on suspicion of attempted murder. 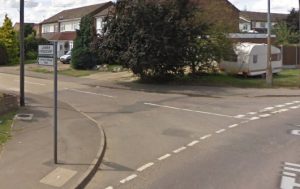 An Essex Police spokesperson said:We were called just before 6.50pm on Friday, September 28 by Ambulance staff with reports of a seriously injured 18-year-old man in Stanford-le-Hope.

It is believed that the victim was standing at the junction with Lower Crescent and East Tilbury Road, when he was hit by a silver Ford Fiesta.

The victim was left with a number of injuries and is in hospital in a serious but stable condition.

Two men from Grays aged 26 and 27 were arrested on the evening of the incident on suspicion of attempted murder, causing serious injury by dangerous driving and being unfit through drink or drugs.

They have been released on police bail to October 25.

“Our investigation is progressing well and we are working hard to gather more information and evidence about what happened.

“We do believe this to be a targeted attack and at this stage we are not linking this with any other incidents, although we are approaching our enquiries with an open mind.

“The incident caused significant disruption to residents and we would like to thank everyone for their co-operation while we carried out our forensic investigations and house to house enquiries.”

“The team are progressing their investigations at pace and the victim has been safeguarded.

“Enhanced patrols are being carried out in the area, so please do not feel alarmed if you continue to see more officers over the coming days.

“This incident is believed to be targeted and I encourage members of the public and the local community to come and speak to our officers if they have information to share.

“The same applies if you are a local resident with concerns and would like to speak to an officer.

“If you have information to share about the offence but do not feel comfortable speaking to police, please contact Crimestoppers anonymously.”

If you have any information about the incident please call Grays CID on 101 quoting incident 1046 of September 28.