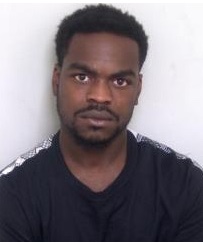 A DRUG dealer, who tried to swallow 43 wraps of Class A drugs when he was stopped by police, has been jailed for nearly six years.

Basildon Crown Court heard how officers were carrying out a traffic operation on August 30 this year on Lodge Lane, Grays when they stopped a grey VW hire car being driven by 26-year-old Adedamola Bakinson.

Bakinson was at the time suspected of being involved in a county line drug dealing gang supplying Class A drugs in Basildon and Grays known as the “Leon” line.

As officers approached the car they could smell cannabis and asked Bakinson if he was in possession of the Class B drug.

He began reaching into his pockets and a struggle followed. During the struggle, Bakinson managed to put 43 wraps of Class A drugs into his mouth. He was forcibly removed from the car by officers who recovered 10 wraps of crack and 33 wraps of heroin.

Bakinson was arrested and searched during which officers found more than £1,000 in cash in his pocket, a seven-inch lock-knife concealed in his waistband and various mobile phones linking him to the supply of Class A drugs.

Checks completed on Bakinson also revealed he was driving whilst disqualified at the time and he also failed to provide a specimen of blood to be tested for drug driving.

He was jailed for five years eight months and banned from driving for two years nine months.

Following the sentencing PC Adam Blackwell of the South Operation Raptor team said: “If drug dealers think that using a hire car means they can come into our areas undetected they are sorely mistaken.

“Whether they are in a car that is unregistered, hired or belongs to someone else, it doesn’t matter we know who the dealers are and where they operate and it is only a matter of time before we arrest you.

“We would also use this opportunity to remind hire car companies to be vigilant around who they are leasing vehicles to.

“Does someone repeatedly turn up to your business to hire cars paying only in cash? Do they always ask for different vehicles, does their behaviour make you or colleagues suspicious?

Enquiries were made with the hire company during the course of the investigation.

Essex Police set up Operation Raptor teams in the North, South and West of the county to tackle those involved in drug and gang-related crime.

Bakinson was sentenced at Basildon Crown Court on Friday October 5.