WITH less than six months until the UK leaves the European Union, Thurrock Council is still yet to assess how it will impact the borough and its residents.

A few months ago, YT reported that they did not have a plan and it still appears to be the case.

A series of Freedom of Information requests revealed that council officers have not been instructed to produce a Brexit “briefing” and there have been no meetings between senior council members and MPs. 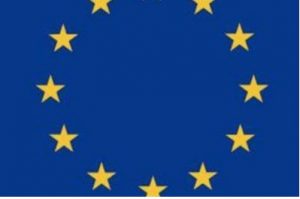 Thurrock is likely to feel the impact of Brexit more than most areas in the county because it is home to three major ports. If the government fails to come to an agreement on the customs border it will mean a major increase in inspections of EU goods, as well as an increase in custom checks. The delays could create congestion on the surrounding road network.

Furthermore, the loss of freedom of movement could be damaging to the health care workforce, which relies considerably on staff who are EU nationals. Last month it was revealed that Thurrock is already one of the most “under-doctored boroughs in the country” and is facing a nursing shortage.

The council failed to respond to requests for comment on the issue but Labour leader Councillor John Kent, said: “This is an issue that Labour members have raised at council meetings on a number of occasions and we’ve always been disappointed by the response.

“It is clear that with three major ports in the borough the possible impacts of no-deal Brexit could be great and businesses are working hard preparing for it. It is astonishing that Thurrock Council is not doing the same.”

Other councils in Essex including Southend and Basildon, confirmed they are in the process of preparing Brexit plans.

Councillor John Lamb, leader of Southend Council, said: “The council is carefully monitoring the situation to ensure we are fully prepared for and consider the likely risks and opportunities for the Council of the UK leaving the European Union.

“A paper considering the possible implications for the Council and wider community is being drafted and will be considered in due course.”

Basildon Councillor Andrew Schrader, chairman of the Economic Development and Growth Committee, said: “While negotiations are still underway, we understand that local businesses will need to prepare for the challenges and opportunities leaving the EU may present to trade and export. This is why we are in the process of producing a specialist research report to support businesses and identify specific needs, which will be available later this year.