ESSEX Police are appealing for information about a robbery in Howard Road, Chafford Hundred, at around 12.40am today, Thursday, October 18. 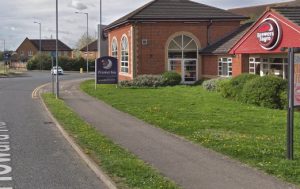 A man, aged in his 20s, was walking from Chafford Hundred train station when he was approached by three men outside Brewers Fayre.

One of the men grabbed him from behind and he was thrown to the floor.

The suspects then took the man’s phone, worth a three-figure sum.

The victim called police after he returned home. We searched for the men described but they had fled the area.

Two of the suspects have been described as white, around 5ft 10ins tall. One wore a grey Adidas tracksuit and the other a brown jacket.

The third suspect has been described as being mixed heritage, around 6ft tall and wore blue denim jeans.