Gang injunction: Carlito not to get his way in Thurrock

ANOTHER member of a drug-dealing gang linked to a series of violent incidents and anti-social behaviour in Thurrock has been made the subject of a tough gang injunction. 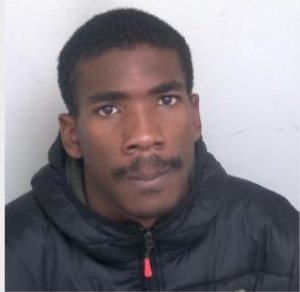 Carlito Hall, 19, of Lewis Avenue, Walthamstow is the tenth member of the “C17” gang to be banned from large parts of Thurrock as well as a raft of other restrictions, including making so called ‘drill’ music videos and wearing face coverings or hoodies.

Hall was made the subject of a full gang injunction following a hearing at Chelmsford’s County Court on Thursday October 25.

At the same hearing another member of the gang, 25 –year-old Bill Monteiro of Darnley Road, Grays, was also made the subject of a full order.

Monteiro had contested the injunction at an earlier hearing on Thursday October 19. He was due to appear at the court last Thursday to make full representations. However he did not turn up and the judge made him the subject of the full gang injunction in his absence.

The court heard the gang, who refer to themselves as “C17”, first came to the attention of the Operation Raptor team in May 2017 as they became heavily involved in drug dealing and violence.

The gang, which is headed up by 18-year-old Roland Douherty aka ‘Valenti’, have plagued the town centre, town park and beach areas of Grays as well as Lakeside, dealing drugs in those areas and committing crime and disorder.

The court were told that the gang have preyed on young children in the community, enticing them into the gang and then exploiting them by getting them to run drugs, carry cash from deals or knives.

During the injunction hearing, the court were told the gang use young girls, including those who have gone missing from home, to hold drugs for them. A number of members of the gang have been arrested for serious sexual offences including victims under the age of 16 and have been investigated for Child Sexual Exploitation offences.
The gang are also known to target vulnerable drug users, using violence and intimidation to take over their homes for use as a drug dealing base (a practice known as ‘cuckooing’).

Violence around C17 is mainly borne out of rivalry with other gangs and drug lines. This has also played out in numerous so-called ‘drill’ music videos filmed by members of C17 which feature weapons and provocative language and gestures. Drill is a type of rap music that originated in South Chicago in America. It features dark, violent lyrics and is often used to perpetuate and even escalate gang disputes.

Sgt Scott Fitzmaurice of the West Operation Raptor team said: “We will continue to make sure that the streets of Thurrock belong to the community and that gangs are made to feel unwelcome here.

“We will not tolerate violence, drug dealing or the exploitation of the vulnerable in our community, the like of which we have seen carried out by the C17 gang.

“We will continue to work with our partners and the community to enforce this injunction until this violence and drug dealing is removed from our streets.”

So far three people have been arrested in connection with breaching the injunction:
Roland Douherty, 18, of Cardinal Road, Chafford Hundred, was arrested on Monday October 1 for breaching the order. He was found wearing a hoodie, carrying a lock knife, cannabis and two mobile phones which he had not registered with police. He appeared at Basildon Magistrates’ Court and was given a 28-day suspended prison sentence.

A 17-year-old boy from Grays was arrested in Grays on Thursday October 18 on suspicion of breaching he order. He appeared at Chelmsford Magistrates’ Court the next day where he denied the breach and he will return to the court next month.

A 17-year-old boy from Grays was arrested on Thursday October 19 for breaching the order after he was seen in Grays wearing a hoodie on Thursday October 11. He admitted the breach but was further arrested on Saturday October 21 for breaching the order by riding a pedal cycle in Grays. He admitted the breach and will return to Chelmsford Magistrates’ Court next month for sentence.

3 Responses to "Gang injunction: Carlito not to get his way in Thurrock"