THURROCK Council has ensured that the borough’s war memorials and cemeteries are ready to mark the 100th anniversary of the end of the First World War.

A series of events will take place across the borough in the coming weeks including remembrance ceremonies at all the borough’s war memorials, beacons being lit in Purfleet and at Coal House Fort and special events and exhibitions at Thameside Theatre and Thurrock Museum.

In preparation for these events 834 poppies, one for each brave serviceman who lost their life in the war, will be displayed in Thurrock; all war memorials have undergone specialist cleaning and maintenance, special commemorative planters have been installed at war memorials; Silent Soldier silhouettes will be on display at war memorials and in Thurrock Council cemeteries and Thurrock Council has helped the local communities to restore the beacons at Coal House Fort and Purfleet. 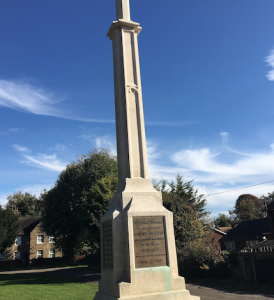 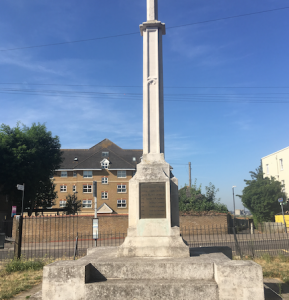 Cllr Rob Gledhill, Leader of Thurrock Council, said: “We in Thurrock will join a grateful nation as we hold a series of events to remember the sacrifices a generation made in the Great War, especially those made by the 834 young men from Thurrock who gave their lives’ in service to their country.

“These events, and our tributes, mean we will all have a chance to reflect on the events of the First World War, all the brave young men who gave their lives and thank them and their families for their service.”

Cllr Aaron Watkins, Portfolio Holder for Environment and Highways, said: “Thurrock Council has made sure that our war memorials and cemeteries are fit to commemorate the heroic sacrifices made during the first world-war. We will join millions of people nationwide in marking this important centenary.”