THE councillor in charge of Children’s social care has expressed confidence in the service despite it being engulfed in controversy following allegations that management failings led to the death of a child. 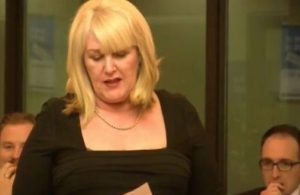 In a report on social services published ahead of Thurrock’s full council meeting on October 31, Councillor Sue Little, cabinet member for children and adult social care, wrote that the Children’s Social Care department is continuing its journey to become “good or outstanding”.

Adding: “I remain confident that my officers have the commitment and drive to continue to move the service in the right direction.”

Last week council leader Rob Gledhill confirmed at a cabinet meeting that an investigation into the service is underway after whistleblowers wrote to the chief executive to warn that missed opportunities to prevent the death of a one-year-old in Grays had been buried.

Mr Gledhill told the cabinet: “I cannot speak about any specifics of the case but I can confirm allegations have been made under the whistleblowing policy and procedure.

“This matter is being independently investigated by specialist barristers with expertise in children’s social care and is ongoing in line with [the whistleblowing] policy.

“All the whistleblowing allegations are robustly investigated, if necessary with independent experts.

“Where necessary, appropriate action is taken and we have a long established whistleblowing process that hasn’t changed although it has been reviewed over the decade which has been successful.”

The allegations also prompted Labour leader John Kent to resign from his position as chairman of the children’s services scrutiny committee. In his resignation speech, he said his calls for information had been met with “contempt”.

The Thurrock Independents say the council is attempting to “downplay” the seriousness of the situation and submitted two motions calling for an independent investigation into the service to be discussed at the full council meeting but both were rejected.

The council report fails to make any mention of the issue but praises performance data which shows complaints in a 2016 Ofsted report are being addressed.

It notes that the number of children in care decreased between 2016 and 2017, from 353 to 309 and the number of children with a child protection plan also fell from 293 to 200. The workforce has also seen more stability following the recruitment of more permanent staff and a reduction in the rate of pay to agency workers.