By Staff Reporter on November 3, 20183 Comments 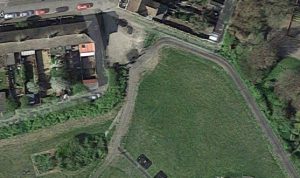 GRAYS Thurrock councillors have welcomed the news that the Conservatives who run Thurrock Council are dropping their plans to build on Elm Road Open Space.

“I found the way James Holden announced residents were right and he was wrong about Elm Road open space both disrespectful and rude,” said Cllr Cathy Kent after Wednesday’s full council.

“Instead of being up front and admitting he was wrong, he tried to polish the truth by suggesting that if he and his team hadn’t been so stubborn in ignoring local people’s concerns, the English Schools Funding Agency would be billing the council for any site they do buy.

“And to accuse local people of being NIMBYs is not only rude, but stupid when you are admitting you were wrong. Why were you wrong Cllr Halden? Because residents were right!

“Perhaps he should be more aware of the cost to local people who, for the past four months, have been worried sick about this proposed school and the effects it would have on their lives.”

She added: “From day one – once this dreadful plan was sprung on us all – it was obvious to anybody with a bit of common sense that it wouldn’t work.

“The roads wouldn’t take the traffic, the park wouldn’t sustain a 900-place school, and the mix with nearby Thameside Schoolwould guarantee traffic chaos every morning and evening.

“It would seem the ESFA has some common sense.”

Cllr Lynn Worrall said: “I suppose we shouldn’t be surprised by the way Cllr Halden chose to make this announcement, answering what turned out to be the last question of the night.

“He hadn’t felt it appropriate to tell local ward councillors or even local people before he made his bombshell announcement about his plan back in the summer, so why should we be surprised he gave even less notice of his admission that he’d been wrong in the first place.

“It is, sadly, just another example of this Tory administration’s breathtaking arrogance, their inability to understand local people, especially those far from their wards, and their determination to run roughshod over local opinion, whatever the cost.

“As we said at the beginning of this debacle, we understand the need for new schools, go look elsewhere. It seems the ESFA is taking our advice even if Cllr Holden would rather not.”