By Staff Reporter on November 5, 20182 Comments 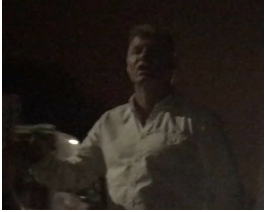 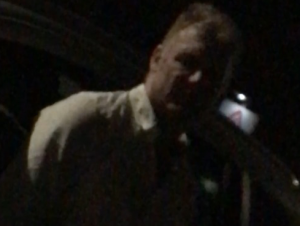 Do you recognise this man? Essex Police want to identify him in connection with an assault on a taxi driver in the west part of the borough..

The assault happened at around 5.45am on October 6 in Arterial Road, West Thurrock.

The victim’s hair and beard were pulled while the taxi was in transit.

When the victim pulled over and came to a stop, he was then subjected to verbal abuse.

Police constable Jack Emerson said: “The abuse shouted at the victim was about his nationality and we are treating this as a hate crime.

“We want to identify the man in these CCTV images, as well as a man who was walking his dog along Arterial Road at the time.

“The incident unfolded in front of the witness with the dog, and we believe this man called another taxi company to arrange for the man to be collected and taken to the Enfield area.

“We appreciate these images are dark, but we think someone may still recognise the man in them”

The man who assaulted the victim was described as white, early to mid-50s, of large, muscular build and had short ginger or blonde hair. He was wearing dark blue jeans, a white t-shirt and brown shoes.

Please contact Pc Emerson on 101 or Crimestoppers anonymously on 0800 555 111 if you can help our enquiries.