By Staff Reporter on November 6, 20184 Comments 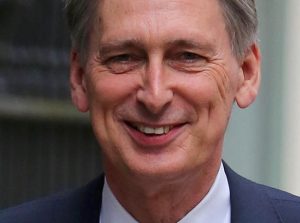 THE leader of the Thurrock Labour group has slammed the chancellor of the exchequer’s comments in his budget statement when he promised “little extras for schools”.

John Kent said: “The two things that really made me cross were the supposed ending of austerity, and in particular the condescending attitude he used in stating he was offering schools ‘little extras’.

“Many headteachers have spoken out, teachers too, but parents of school age children must know too.

“This condescending attitude proves the well-off Tories and Chancellor Hammond in particular haven’t a clue what damage their eight years of austerity has had on our schools and our children.”

He said: “The Conservatives fund their campaigns from super rich Tory donors, who then benefit from generous tax breaks, and there were more of them in Monday’s budget.

“The next Labour government will tax the rich and big corporations to end austerity. We will fund our public services properly, the police, the civil service and council’s who provide social care for children and vulnerable adults, we shall build an economy that works for the many, not the few.

“In total contrast to Mr Hammond, we shall ensure that no one is left behind. We won’t just provide the ‘little extras’, we will provide real change.”