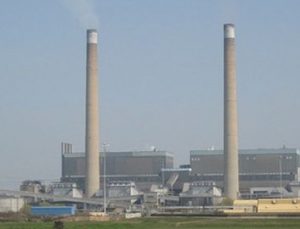 GERMAN utility RWE has frozen development of its Tilbury Energy Centre, which included plans for a 2.5 gigawatt (GW) gas plant, it said on Monday.

Britain needs to invest in new capacity to replace ageing coal and nuclear plants that are due to close in the 2020s, but new large facilities have struggled to get off the ground because of high costs and weak electricity prices.

“This decision was based on current market conditions and project costs,” RWE said on its website.

The gas plant would have been able to generate enough electricity to power about 3 million homes. There were also plans for a 100 megawatt (MW) energy storage facility and a 300 MW peaking gas plant designed to run during times of high demand.

Overall the project was expected to employ about 1,500 people during construction and provide up to 100 skilled jobs during operation, RWE has said previously.

RWE said it will explore options for how best to develop the Tilbury site, which it said “remains a good location for future energy options”.

Some international companies have previously warned that investment in Britain could stall because of uncertainty following its decision to leave the European Union next year.

However a spokeswoman for RWE said Brexit was not a factor in the decision.

Tom Glover, chief commercial officer at RWE Generation previously said the company would still be comfortable investing in Britain, even in the event of a so-called hard Brexit