Second Stanford-le-Hope Scout Group took old drinks bottles and turned them into poppies, using the bottoms to form a giant poppy on the side of their building and the tops to create poppies that were planted in the ground nearby. 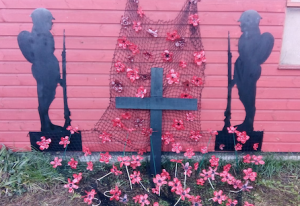 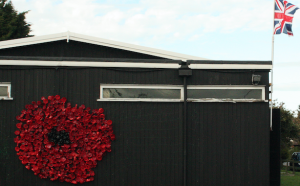 Group President John Dighton co-ordinated the effort and the group volunteers dedicated a weekend to put the display together.

Tilbury Sea Scout Group also have produced a display on the side of their building depicting two soldiers and lots of poppies, again made using drinks bottles. This was put together by Group Chair Karen Mansfield on behalf of the group.

We will also have Scouts attending many of the services over the weekend across the Borough.