Speak up about rural crime near Thurrock 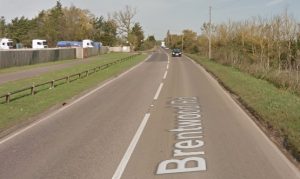 SPEAK up about crime in the countryside

INDEPENDENT charity Crimestoppers is asking everyone to speak up about crime in the countryside.  A campaign has been launched to encourage more people to report crime in the countryside whether in villages, in homes, on roads or in farms.  Nearly one third of all reported crime in Essex is classed as rural – with violence the most common crime.   Crimestoppers believes everyone has the right to feel safe from crime, wherever they live.

The charity gives people the power to speak up, stay safe and stop crime 100% anonymously, either by calling the professionally-staffed 24-hour UK Contact Centre on 0800 555 111 or by using the non-traceable Anonymous Online Form.

There’s no ID, no police contact, no witness statements, no courts.  In Essex, as a result of nearly 6,000 reports given to Crimestoppers, more than 500 people have been arrested and charged during the 12 months to March this year.  With a focus on combating crime in the countryside, Chair of Crimestoppers in Essex Stuart Rawlins said: “Crime in the countryside impacts on those in villages and those who live and work in the countryside as well as having a significant effect on the farming community.  “In countryside communities, people tend to know who’s who and they may have information about crime which could be important. It could also mean they won’t want to tell police because they fear reprisals.

Crimestoppers charity can give them reassurance thanks to our guarantee of anonymity.”  Crimes against property, crimes of violence, domestic violence, child abuse, trafficking and hate crimes all take place in rural communities; while rural crime itself includes theft of high-value agricultural equipment, vehicles, heating oil, metal, diesel and pesticides.

Serious and organised crime groups are often linked to rural, heritage and wildlife crime, such as hare-coursing and cannabis cultivation.
More than 1,000 people contact Crimestoppers every day which leads to around 14 people being arrested and charged each day.  Crimestoppers is not an emergency service and in the event of an emergency, you should always ring 999.