Blogspot: To combat depression at Christmas: Let’s just be kinder 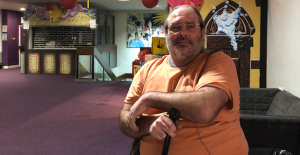 THERE is a fallacy that the suicide rate spikes at Christmastime but the truth is that a rise in suicides is a springtime phenomenon. The reason for the Christmas fallacy is due to the fact that suicides around the Christmas and New Year period have always been deemed more newsworthy as they seem to jar with the notion of it being a time of joy and happiness. How can a person possibly commit such a desperate act during a time when the milk of human kindness is supposed to overflow and everyone is supposed to be happy to be alive?

People, however, are less likely to take their own life at Christmas because many of them are surrounded by friends and family which gives them the emotional anchor to life that is needed to prevent such tragic acts. This support mechanism may not be as readily available during the rest of the year and so Christmas becomes the shining beacon for the suicidal individual, a rock to cling on to when the long nights seem to call to their darkest fears and insecurities.

The problem with Christmas is that not everyone has the social network to provide the necessary emotional support. People with mental health issues tend to be ostracised by society and become isolated from any kind of attachments. They sit in their homes watching the people outside being happy and joyful and sink into despair. It’s at Christmas that the need for individuals from the community to reach out to the emotionally and psychologically vulnerable is most keenly felt and would be most appreciated if only they would do so.

However, it’s not just the mentally unwell who could do with such kindness at Christmas and who may suffer. Loneliness in an otherwise mentally healthy person can lead to a Christmastime malaise similar to a low grade depression and they could certainly benefit from the kindness of neighbours to help raise their spirits if there were any community-minded enough to reach out.

There are other groups who suffer at Christmas – the homeless, the poor – whose lives beyond the festive period are equally dark for misery knows no calendar, desperation knows no end. Christmastime just makes their misery more pronounced and harsh as their lives gain a heightened sense of failure compared to those more fortunate than themselves, especially when their predicament is not of their own making but merely the result of the punitive actions of Fate or whatever hateful entity runs the Universe to the detriment of the nice and the benefit of the detestable.

It’s at Christmastime that those who follow the Christian faith should do more than pay lip service to their Church’s teachings and show some charity and compassion to those suffering rather than turning their heads in judgement while distributing gifts amongst their social network. It’s at this time of year when Christian values should be foremost in the thoughts of adherents and compassion for those less fortunate be at its height.

Despite the myth of a festive spike, suicides happen at Christmastime because society has become hardened and judgemental towards those less fortunate and they then become isolated and sink into despair. Even if it seems impossible to carry the sense of compassion towards our fellow human beings beyond this special time of year, surely we can make the effort to be kind and generous of spirit for the festive period, give those desperate, unhappy people some sense of hope to get them over the rough spot that the silly season represents.

Even better, why can’t we throw caution to the wind and actually make a commitment to being nicer to each other throughout the entire year, more compassionate and less judgemental? Wouldn’t it be nice to give the whole world the Christmas present of a better, kinder society?

It’s a lovely dream. I wonder if anyone is willing enough to make it come true?

One Response to "Blogspot: To combat depression at Christmas: Let’s just be kinder"