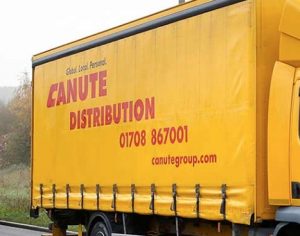 PURFLEET-BASED Canute Group will cease trading ahead of Christmas with the loss of 600-plus jobs, after attempts to revive the business in May via a controversial pre-pack sale failed reports motortransport.co.uk

Following the purchase of the business from administration for £1.3m by Almtone on 12 May, creditors were left nursing a £5.3m shortfall. However, despite ridding itself of debt, the business only narrowly avoided being wound up by HMRC last month after the taxman raised a petition against it.

This came as the amount the firm owed to creditors including its former pallet network, Pallet-Track, ballooned to more than £157,000 over the last few months.

A source close to the company confirmed the axe would fall this month. “I will be in the same position as all of the other 600 employees who will be seeking employment in 2019,” they told MT.

The full article can be found here

https://motortransport.co.uk/blog/2018/12/14/canute-group-reaches-the-end-of-the-road-with-more-than-600-jobs-to-go-before-christmas/
Another senior industry figure, that didn’t wish to be named, said: “They are looking to finish December 21st… that’s appalling to put people out of work with no money for Christmas.”