Blogpost: Will there really be a General Election in February? 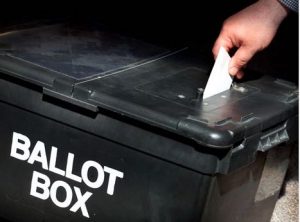 JUST when you think it’s going to be a quiet January, you learn that Returning Officers at local authorities have been told to prepare for a snap General Election. I know, you thought you’d drank a lot in the last seven days, but it’s time to polish off the next bottle of scotch. How else are we going to get through this madness?

At present there are four scenarios:

The truth is that not one of those four options would command a parliamentary majority. So what has to change is the composition of the House of Commons. There needs to be a rejigging of MP numbers on the government benches.

If, and I believe now when, the Prime Minister announces a General Election will have to be held, it raises difficult questions for the Labour Party. Even though it absolutely shouldn’t.

Just before Christmas, Jeremy Corbyn suggested that a Labour Government led by him will continue with Brexit and will continue to take the country this course. Corbyn won’t be allowed. Even his cult-worshippers turned on him after that Guardian article.

For 30 years Corbyn has marched through the voting lobbies in the Commons with the hard right Conservatives and UKIPpers voting against the EU and greater cooperation between countries. In 2016 he refused to take part in campaigning sessions to support Remain with Labour Party staff having to make lame excuses for why they Leader of the pro-European Labour Party wasn’t in attendance at a “Labour In” rally.

Now he wants to put his own personal bias against the EU front and centre of policy. Even though he knows from the same economic forecasts that we have all seen since June 2016, that poorest areas of the country are being hit hardest and that work place rights and protections can be scrapped by a Tory Government that for centuries before EU membership didn’t once use the powers of government to enact these rights and protections of their own free will.

Corbyn should get on board in the next few months, with the party’s membership, or make way from a more dynamic Leader who can beat the Tories. Most mornings in early December, Sir Keir Starmer was on the TV and radio running rings around the Tory frontbench before Jeremy had even founds his reading glasses.

Keir understands that Brexit is, was and always will be the burden of the Conservative Party. It is their beast. The beast that cannot be fed.

For forty years it is the issue that has eaten the Tory Party alive from the inside. It’s the issue that sees them foam at the mouth. The issue that sees rationale thought replaced by pure emotion. The blue on blue attacks in the Commons and in the press in 2018 were the personification of almost half a century in which the EU, not the NHS, Education, Transport or Housing, has been the most burning issue for Tory MPs and Members.

In every election since the seventies they have “banged on about Europe”. Even Maggie wasn’t immune to what Major would later refer to as the “Tory bastards”. Maastricht almost did for Major and Cameron caved after the UKIP insurgence. Now May looks haunted by a Brexit ghost that has paralysed the government and the country.

So how does this play out at the polls? The truth is that Europe has never dominated a General Election. Even in 2017. The average it came in the order of issues voters most cared about in successive General Elections was sixth.

Brexit is pure indulgence on behalf of the Tory Party. History will judge them that way too.

Labour should have and should again in the future, leave them to it. Our view hasn’t changed; the European Union is not the reason living standards are falling, the cost of living is rising, school budgets are being slashed and we don’t have enough police on our streets in Essex. That’s all happening because we have a Conservative Government. Essex has never done well out of a Tory Government in Westminster and Tory controlled councils locally.

So when the inevitable General Election comes in the New Year, Labour should offer voters a choice: the chaos and uncertainty of a Brexit-crazed Conservative Party with no plans for domestic policy. Or a Labour Party that will remain in the EU but with reforms on freedom of movement delivered through Treaty change.

I guess that the public will move beyond Brexit very quickly in a General Election. Fatigue with it is real. People care about a lack of policing and affordable housing, more than they care about HGV pile ups at Dover. It doesn’t effect them in the way public services that they rely on every day, do. That’s the major opportunity for Labour. Because over the last two-and-a-half-years there’s only one major party that has been busy developing a series of domestic policy reforms, and that is Labour.

The Tories are betting that Brexit will get them over the line and that enough people will despise Corbyn that Labour can never win. It didn’t work for them in 2017 and given what a shambles they’ve made of governing the country since then, I wouldn’t be surprised if it’s a strategy that doesn’t work for them again in 2019.

Brexit is not Britain’s burden, it is the Tories’. And that is why I suspect it will be what is ultimately responsible for throwing them out of office in 2019.