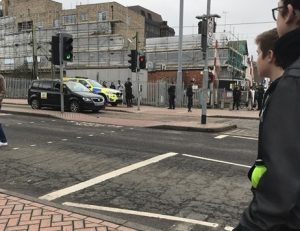 PLANS to build a new £27million underpass through Grays High Street could collapse.

The project was supposed to replace a level crossing but could lose some of its funding from Network Rail.

Thurrock Council aims to fund the project through a combination of grants from the Government’s Local Growth Fund, council reserves and support from Network Rail.

But at a regeneration meeting on Tuesday, councillors heard that the rail firm is likely to stop financial contributions in March.

A council officer told the committee: “We currently have a commitment from them to spend up to £1.5million in the current period but that finishes at the end of March so one of our jobs is to push them to spend as much of that money on surveys and other work before then.

“At the moment the funding path for that does assume there will be no further funding from Network Rail. That is not to say that we won’t be pushing to get some further funding but it does mean the progress of the project isn’t dependent on it.”

He did comment on how much of the funds have been spent already.

It is the latest development in a series of funding problems linked to the rail company, which began at in 2016 when the plans were first unveiled.

Council documents show that at the time, Network Rail committed to providing up to £4million towards the scheme but by the end of that year they had slashed that commitment to just £700,000.

As the council developed the plans in collaboration with the company, they put in a bid for £10.8million in funding from the Local Growth Fund based on estimates from Network Rail but the costs were found to be £1.5million higher than predicted.

The council was successful in its bid for the funding and Network Rail agreed to fund an additional £1.5million to offset the increase. However, with those same funds set to be lost in March, it could fall on the council to pick up the bill.

The underpass is regarded as part of the council’s wider project to redevelop Grays, which includes a £10million redevelopment of the Civic Centre.