A PURFLEET man who assaulted a paramedic has been made subject of a five year criminal behaviour order.

Two paramedics had gone to Darren Batson’s home in Watts Crescent, Purfleet, on June 1 to treat him for back pain and vomiting.

While inside the ambulance, he swung his fist at one of them. Fortunately she managed to move away and was unhurt.

He left the scene and the incident was reported to police. 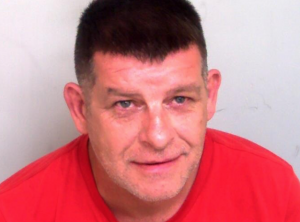 In the early hours of July 27, Batson was seen driving in Colchester and officers attempted to stop his Volkswagen Golf.

But the 51-year-old drove off and was eventually stopped and arrested at the Mar Dyke interchange of the M25 near Thurrock.

He was charged with assault, failing to stop for police and careless driving.

Batson appeared at Basildon Magistrates’ Court on Friday, January 11 and pleaded guilty to all three charges.

He was jailed for 12 weeks and ordered to pay £200 compensation. He was also given nine penalty points on his licence for his driving offences.

Batson was also made subject of a five year criminal behaviour order, which states he must not act, or incite others to act, in an anti-social manner towards ambulance crews or NHS employees.

Speaking after the hearing, district commander Chief Inspector Claire Talbot said: “The ambulance crew were only trying to do their job, but Batson repaid them with violence.

“Such behaviour is completely unacceptable and robust action will be taken against anyone who assaults emergency workers.”

Dorothy Hosein, chief executive of East of England Ambulance Service NHS Trust, added: “I would like to thank the court for acknowledging the gravity of these offences by imposing a custodial sentence.

“I hope this reassures staff that the Trust, the police and the justice system take their complaints seriously. I would encourage them to report these incidents whenever they happen.

“I would also like to remind the public: Don’t Choose to Abuse – the consequences can be serious.”