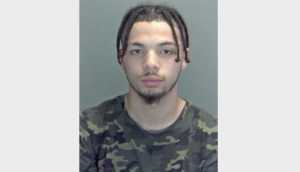 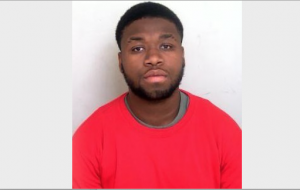 TWO teenagers have become the latest members of a drug dealing gang to be made the subject of a tough injunction which bans them from large parts of Thurrock.

Talliq Mwalim and Sahin Korta-Haupt, both 18, are the latest members of the so-called C17 gang, to be made the subject of the gang injunction. A total of 11 members have now been put before the court and handed down the tough restrictions.

The terms of the order for the pair remain similar to those for all 11 members and bans them from: entering Grays town centre, park, Lakeside and Grays Beach Riverside Park. Mwalim is not banned from the Seabrooke Rise area of Grays but Korta-Haupt cannot enter this area.

They are also banned from making drill videos, wearing hoodies or face coverings, associated with C17 members on social media and, for some, being in the company of girls aged under 16. The gang members must also give Essex Police all details of their social media profiles.

Sgt Scott Fitzmaurice of the West Operation Raptor team said: “The C17 gang thought they could get away with selling drugs, preying on the vulnerable and carrying out high levels of violence and crime in our community – they were wrong.

“We successfully secured an injunction against nine of the gang last year, but our work has not stopped there.

“We have continued to work with our partners and the community as well as targeting members of the gang who have breached the injunction, arresting them and putting them before the court.

“We will also seek to continue further injunctions against any other members of the gang who think they can carry on this criminal, exploitative behaviour. We won’t stop until the scourge of drugs and violence is removed from our streets.”

Cllr Rob Gledhill, Leader of Thurrock Council, added: “It’s fantastic to see this injunction expanded to include further gang members, making it even more effective in curtailing their criminal activities across the borough

“This is an excellent example of Thurrock Council and Essex Police working together to improve the lives of our residents by tackling the small minority of individuals who commit these disgusting crimes, including selling drugs, committing violent assaults and preying on young and vulnerable girls.

“We have already seen the positive effects the first two injunctions have had in Grays, so I am pleased the net is tightening further and even more members of this criminal gang are unable to blight our town centre.

“I would urge people to support Essex Police and this injunction by reporting any breaches they see.”
Granted at Chelmsford County Court, the additional orders on Mwalim and Korta-Haupt were brought about following close partnership work between Essex Police’s West Operation Raptor team, Thurrock Borough Council and brave members of the community.

The court heard Mwalim and Korta-Haupt, both of Broxburn Drive, South Ockendon are part of the gang who first came to the attention of the Operation Raptor team in May 2017 as they became heavily involved in drug dealing and violence.

The gang had been plaguing the town centre, town park and beach areas of Grays as well as Lakeside, dealing drugs in those areas and committing crime and disorder.
Evidence gathered by police, included detail of how the gang have preyed on young children in the community, enticing them into the gang and then exploiting them by getting them to run drugs, carry cash from deals or knives.

The C17 are also known to target vulnerable drug users, using violence and intimidation to take over their homes for use as a drug dealing base (a practice known as ‘cuckooing’).
Violence around the gang is mainly borne out of rivalry with other gangs and drug lines. The violence and rivalry has played out in numerous so-called ‘drill’ music videos filmed by members of C17 which feature weapons and provocative language and gestures.

Drill is a type of rap music that originated in South Chicago in America. It features dark, violent lyrics and often used to perpetuate and even escalate gang disputes.

If you spot the C17 gang in areas of Thurrock which they are banned from or breaching any of the specified terms of the order, call Essex Police on 101 or Crimestoppers anonymously on 0800 555 111.
Essex Police set up Operation Raptor teams in the North, South and West of the county to tackle drug and gang-related violence.