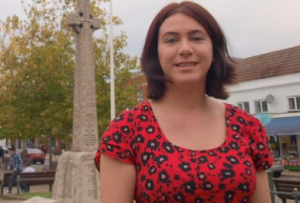 LABOUR MEP Alex Mayer has slammed a decision by Tory councillors to close the East of England office in Brussels as “shortsighted and ideologically blinkered.”

The EU capital is home to 200 plus regional offices from every corner of Europe both inside and outside of the European Union. Every region of Norway has a regional office, and even Iceland with a population of 325,000 has one.

Earlier this month Cornwall announced funding to keep their regional office open but the East of England office is set to shut.

The office helps broker funding for projects across Essex.

Essex Labour MEP Alex Mayer said: “This is not the time to pull the plug on funding a success story, rather this is precisely the time to invest.

Plan A Brexit, Plan B Brexit, hard Brexit or no-Brexit, as a region we will still want to do business with other European regions.

So why throw down the drain experience, contacts and good will?

The East of England Office more than returned on investment.

We are putting up sign saying Essex is closed. This is so deeply sad for a county that offers gateways to the world through our leading airport and ports, its University and exporting companies. We risk being left behind.”