Blogpost: A Proud Muslim: “Seek knowledge from the Cradle to the Grave”. 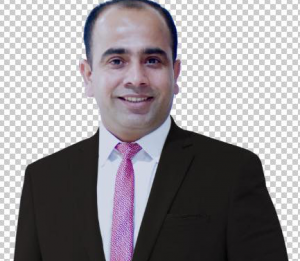 ARE you scared to learn? Ask yourself this question. I always try to learn because 1400 years ago Prophet Muhammad told me to “Seek knowledge from the Cradle to the Grave”. I am a proud Muslim but have huge respect for other religions because Quran told me “For you is your religion and for me is my religion”. My friend list includes Atheists, Christians, Hindus, Sikhs, Buddhists and I also regularly visit various religious places but this does not make me an Atheist, Christian or Sikh.

Few weeks ago I was in Makkah, the birth place of Islam. I was exclusively taken to the top floor of country’s highest building which is also the third highest building in the word; Makkah Royal Clock Tower. From there, my host showed me an empty plot surrounded by big walls in the middle of skyscrapers. It was 1400 years old graveyard where people used to bury their newly born daughters alive before Islam as the girls at the time were considered a sign of shame and disrespect. When Islam came, this barbaric practice was condemned and stopped. 1400 years ago, Islam gave voice and life to the most vulnerable and oppressed in the society. Those little girls got not, just a chance to live but to live an equal and respectable life. Slavery was condemned and animals’ rights were introduced and protected. Maternity allowance and pension for old age citizens were initiated. It was beginning of a new era where everyone was treated with utmost fairness and respect on the principal of “All mankind is from Adam, and an Arab has no superiority over a non-Arab nor a non-Arab has any superiority over an Arab; also a white has no superiority over a black nor does a black have any superiority over a white, except by the piety and good actions”. Therefore, it is not a surprise that the Supreme Court of United States of America honoured the Prophet Muhammad as one of the “Greatest Lawgivers of the world”.

Unfortunately, now a days the majority of people are relying heavily upon certain media stories, negativity and one sided stories have occupied their minds. The current reports of parents in Thurrock withdrawing their children from Islam classes are very sad and alarming. They could have any justification for doing this but this would not change the fact that the children are being deprived from learning important lessons of life. It is important that children learn about different religions and cultures. The school syllabuses are designed by the professional educationists so preventing children from learning certain courses is un-understandable. Unfortunately, hate crimes and Islamophobia is on increase in the UK and this can only be countered through education. Open your eyes to a fair, open and cohesive society while respecting and learning each other’s religions, traditions and beliefs.

The author is a local Councillor and has been awarded various awards for his community work by different organisations. He was also a finalist in ‘Stronger Together Community Award’ category by the Thurrock Council.

2 Responses to "Blogpost: A Proud Muslim: “Seek knowledge from the Cradle to the Grave”."