Morrisons in Grays set to introduce US style paper bags 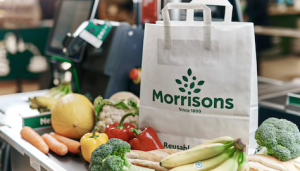 A major supermarket is to introduce US style paper bags as part of the escalation on war on plastic reports the BBC.

Morrisons said it would charge 20p per paper bag as part of a trial which will also see it raise the cost of long-life plastic bags rise from 10p to 15p.

The supermarket said the eight-week trial at eight stores was in response to customers saying that reducing plastic is their top environmental concern.

Morrisons removed 5p carrier bags early in 2018 which led to a 25 per cent reduction in overall bag sales.

The new US-style paper grocery bags have handles and are a similar capacity to standard plastic carrier bags.

Morrisons removed 5p carrier bags early in 2018 which led to a 25 per cent reduction in overall bag sales.

The 5p plastic bag levy was introduced in England from October 5 2015 and all large retailers have been required to introduce the charge. Similar schemes run in Wales, Scotland and Northern Ireland.

Environment Secretary Michael Gove has set up a consultation exercise that ends next month on raising the fee to 10p and including smaller retailers, which could come into effect from January 2020.