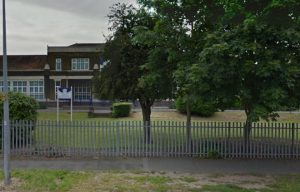 The watchdog conducted what is termed as a short inspection in December, the first visit since 2015.

The leadership team has maintained the good quality of education in the school since the previous inspection. Since your permanent appointment as principal in November 2017, you have provided the school with greater stability and made improvements to the effectiveness of your staff and leadership team.

Leaders have provided specific training for teachers and taken responsibility for improving pupils’ outcomes. Most staff who responded to Ofsted’s survey of their views said that leaders use professional development opportunities to encourage, challenge and support teachers’ development. Staff are proud and motivated to be part of the school. The majority of respondents to the staff survey said that leaders are considerate of their well-being and that they enjoy working at the school.

You and other leaders are well supported by governors. They take effective action when they consider improvements are required. For instance, they challenged you and your leadership team to improve the quality and clarity of information you share with them about pupils’ progress and outcomes. Consequently, governors now receive clear reports with useful information.

Pupils are listened to and contribute well to making improvements. For example, recommendations made by pupils led to major changes to the school’s toilets. Pupils’ engagement and involvement in decisions helps to promote a sense of community and trust within the school. Pupils emphasise the family nature of the school. They recognise the importance of your three faculties which underpin all of the school’s work and contribute to the sense of community.

Pupils typically behave very well both in and out of the classroom. Inspectors saw, for example, pupils’ appropriate and calm response to an unplanned emergency evacuation of the school during the inspection. Pupils present themselves as friendly, open and polite. They are fully engaged in their work in most lessons. All pupils that we asked could explain the school’s behaviour code and the sanctions used to manage poor behaviour. They reported that all teachers use them consistently.

You have developed a culture of physical safety and emotional well-being. Leaders are aware of current safeguarding issues due to their involvement in local community groups, such as the Thurrock Youth Offending Service Governance Board. They listen to pupils and the concerns they have. Leaders respond quickly if they feel pupils may be at risk, assessing and monitoring them closely using the school’s ‘red flag’ procedures. Leaders contact external agencies when appropriate and strong local partnerships have proved to be effective in helping to protect vulnerable pupils. Leaders maintain records, including the checks made on adults when appointed to work at the school, carefully and securely. They ensure that staff are regularly trained and that safeguarding is promoted in assemblies to pupils.

A very small number of parents raised concerns about bullying. However, pupils told us that bullying is not a problem. They say that, when it does happen, staff deal with it quickly and ensure that it stops. They also say that pupils would take responsibility for preventing bullying. Pupils confirmed that November’s anti-bullying week had been emphasised as a theme in assemblies and tutorial time.

To ascertain that the school remained good, one of our key lines of enquiry was whether leaders have ensured that pupils are well-taught across an appropriate range of subjects. Prior to the inspection, it was not clear whether the information about the key stage 4 curriculum on the school’s website was current because it was dated 2016.

Provisional performance information suggested that there was some variability in the progress pupils made in some subjects at key stage 4.

Pupils at key stages 3 and 4 have opportunities to study a wide range of subjects such as French, music and drama, photography, media and business studies. Your ‘Trailblazer’ enrichment programme of cultural activities has increased the number of pupils choosing to study subjects such as photography, music and art at key stage 4. You are ensuring that teachers increase their knowledge of the new GCSE specifications. For example, all science teachers sat the GCSE higher paper so that they developed a clear understanding of assessing the work of the most able pupils.

Following leaders’ review of the curriculum, staff now teach elements of the subject knowledge and skills required at the next key stage. This means that pupils are developing a deeper understanding of their work and are well prepared to move on with their learning. For example, the work seen in pupils’ art sketch books in key stage 3 now includes annotated notes describing the artistic rationale as required at key stage 4. Pupils were able to articulate how artists had influenced their own work.

While much teaching is demanding and interests pupils well, the level of challenge provided by teachers remains variable across the curriculum. Pupils say that mathematics and science teachers are particularly good at providing work which pushes them to achieve their best. However, in other subjects some tasks set for pupils, and the questions some teachers ask, are too basic. They do not make pupils think for themselves.

Our second line of enquiry concerned the progress of the most able pupils, disadvantaged pupils and those with special educational needs and/or disabilities (SEND). In 2018, these groups of pupils did not make strong progress, except in mathematics. We found that recent improvements have been made. Teaching, learning and assessment for the most able pupils, and for pupils with SEND, is now much better than it was. Teachers monitor their performance well and know if they are falling behind. As a consequence, these pupils say they feel well supported and are now making stronger progress across the curriculum.

Disadvantaged pupils are also now making improved progress. Subject leaders are aware of whole-school actions for this group of pupils. However, subject leaders do not ensure that teachers set work which helps these pupils overcome the specific subject barriers to learning that they face. Consequently, the progress of disadvantaged pupils is not as strong as it could be.

The trust has not ensured that the impact of pupil premium spending is evaluated well by governors. There is more to do to ensure that disadvantaged pupils receive all the support they should have.

We also wanted to understand the strength of careers education at the school. In the past, the proportion of pupils leaving the school and going into sustained education, employment or training has been lower than the national average.

You have now strengthened the guidance programme so that pupils make employment choices that secure their future career. Students in Years 10 and 11 now benefit from a broad range of activities and advice to support their decision- making. At present, this guidance is limited to key stage 4. Pupils in key stage 3 are not as well supported as they could be.

Next steps for the school

Leaders and those responsible for governance should ensure that:
a. pupils are consistently challenged sufficiently by tasks and questioning that require them to think for themselves
b. the progress of disadvantaged pupils is strengthened by teaching which addresses the underlying factors that limit their progress
c. effective careers education is extended into key stage 3.