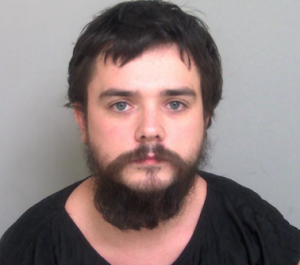 A GRAYS man who admitted possessing thousands of indecent images and videos of children, and making dozens more, has been jailed for 10 years.

Officers carried out a search of an address in Seabrooke Rise, Grays on January 13, 2018 following information that the internet connection there had been used to upload indecent images of children.

During the search items such as a mobile phone, computer and hard drive were seized and 25 year-old Joshua Gould was arrested.

When the devices were examined officers discovered around 3,500 indecent images of children including more than 800 of the most serious category A images and more than 100 images of extreme pornography.

There were also more than 600 videos, including nearly 250 category A and nearly 50 showing extreme pornography.

Some of the images and videos included Gould sexually abusing young children.

Gould, of Seabrooke Rise, Grays was charged in October 2018.

Appearing at Basildon Crown Court on Wednesday, January 30 he pleaded guilty to attempted rape of child under 13, taking indecent photographs of a child, possession of indecent images, and possession of extreme pornography.

He was sentenced to 10 years in prison with a further eight on licence and made subject to a Sexual Harm Prevention Order indefinitely.

Investigating officer Detective Sergeant Kennedy Emson said: “Joshua Gould is dangerous sexual predator who preyed on the vulnerability of young children for his own gratification.

“His crimes are utterly abhorrent and could have a long lasting effect on his victims.

“I want to praise the victims and their families for their strength and support throughout the investigation.

“Gould did at least admit his crimes meaning they did not have to re-live the ordeal through a trial.

“I hope the victims and their families will now be able to move forward and will take some solace that Gould faces a significant time behind bars.”