Over 700 cases of domestic abuse in Thurrock over three years

A safeguarding team in Thurrock has assisted almost 700 victims of domestic and sexual abuse in just three years, a council report has revealed.

The figures outlined in a report from the Housing Safeguarding team shows that between April 2015 and March 2018 they assisted 685 survivors – almost all were female. 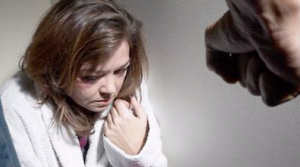 One of the biggest spikes occurred in June 2016, when there were 38 cases in a single month. Research found that this coincided with England losing their World Cup semi-final against Croatia.

The safeguarding report has been published ahead of a meeting next week where councillors will discuss the council’s Violence Against Women and Girls Strategy.

According to the strategy the council is involved in several schemes to tackle these crimes and last year this included the recruitment of a strategy coordinator and a domestic abuse advisor that works with the perpetrators.

However, some factors have worked against these efforts including the introduction of the Government’s new benefits system, Universal Credit.

The report says: “The roll out of Universal Credit means that couples are given a single payment to one individual, which limits a victim’s ability to have financial autonomy and escape an abusive situation.”

Despite the name of the strategy, it “fully recognises” that fact that men can be victims and that they are not always the perpetrators.

Of the 226 cases recorded last year, 15 of the victims were male, which was three times higher than in the previous years. The safeguarding team said the increase appeared to be linked to the recruitment of a male trainee in the team.

Other findings include that pregnant women are particularly vulnerable and domestic abuse is particularly prevalent in more deprived wards.

The report adds: “Violence against women and girls remains widespread and has a devastating impact on victims and families.

“Thurrock Community Safety Partnership remains committed, through its members and partnership to develop and implement innovative programmes to tackle these crimes.”

Further details of the council’s work in this area will be discussed at the Cleaner, Greener and Safer Overview Scrutiny Committee on February 7.