THURROCK Council plans to freeze council tax for next year and provide more cash for community policing and regeneration.

The budget for 2019/20 was given unanimous support when it was discussed at a cabinet meeting on Tuesday night.

Among several major capital projects £33million will be spent on widening the A13, £12 million on Purfleet redevelopment and £4million on school expansions. 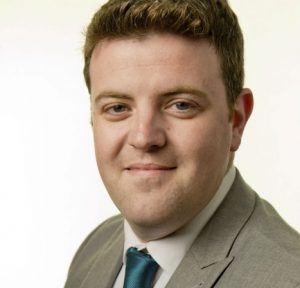 He added that the scale of the projects being delivered by Thurrock is “significant” compared to other councils.

The budget also includes £1million to be spent over three years on six new police officers focussed on community policing and investment in mental health services.

Councillor James Halden, who oversees education and health, said: “This really is a budget to be proud of, I was following coverage of the Essex County Council budget today and two things jumped out at me.

“Essex County Council announced a spending commitment of £1million for children and adult’s mental health, in Thurrock we are putting in £1million into children’s mental health alone and Essex Council is 14 times larger than us.

“They also proposed £500,000 for county line issues, we are putting an extra million into working with the police over the next three years.

“We’ve done all that while freezing tax.”

The decision not to increase council tax means Thurrock continues to have the lowest rates in the whole county but officers have recommended against the measure due to concerns it will reduce council income by £2.1million.

This is due to several factors, including that the Government expects all councils to increase council tax and they will base the amount local authorities retain from business rates on this assumed increase.

In Thurrock’s case, the Government will reduce the percentage of business rates based on the assumption that the council has £2.8million more in income than it actually does.

The council’s director of finance, Sean Clark, said in a report that the freeze was taking place “at a time where the government has made clear that councils will need to finance services through local revenues from both council tax and business rates.”

At the cabinet meeting council leader Rob Gledhill acknowledged the recommendation from council officers but said the council would “ignore” it.

Mr Gledhill added: “All of these investments have not come at the cost of the tax payer, we’ve not said if you want to do these things please pay us another three per cent, we’ve said this is what we want to be done, this is the evidence for it and we’ve done it.