Grays: Man charged after report of woman being forced into car 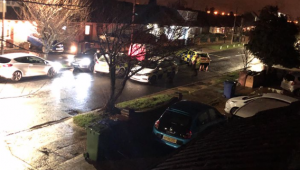 A MAN has been charged in connection with the assault of a woman in Grays.

It follows an incident in which a woman was reported to have been forced into a silver Mercedes convertible in Long Lane on Wednesday 6 February.

He appeared at Chelmsford Magistrates’ Court on Saturday 9 February and was remanded in custody to appear at Basildon Crown Court on March 11.