Appeal after van drives into front of health club 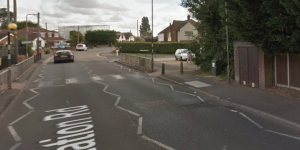 ESSEX Police is appealing for information about a burglary in West Horndon where a van was driven into a business.

A spokesperson said: “We were called at around 10.40pm yesterday, Saturday, February 16, with reports that a vehicle was driven into Pampers Health Club, in Station Road.

“The suspects caused a significant amount of damage and they drove into the building a number of times.

“We believe a man got out of the vehicle armed with a baseball bat before running ran off towards the A127.

He has been described as being 6ft 2ins tall, of an average build, white and aged in his mid-20s.

The second man, who was described as being white, remained in the van and drove off in the direction of the A128.

The vehicle has been described as a grey or silver Ford Transit.