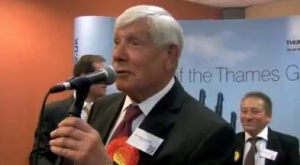 “Why Charlie is NOT My Darling”.

IS the Thurrock Labour Party so limited in its choice of candidates it has to “resurrect” Charles Curtis?

I do not presume to instruct the people of Aveley & Uplands to vote for a particular candidate but I do feel obligated to inform them of the history of Charles Curtis when he was a two term Labour Councillor for the Belhus Ward. A ward in which I live in.

Some years ago Aveley, Belhus and South Ockendon were badly affected by HGVs rumbling along streets close to their homes, schools and shops. The damage caused to properties, the noise, that went on day and night on a daily basis and the dangers presented by such vehicles driven through streets such as Aveley High Street, Stifford Clays Road, Daiglen Drive and South Road, South Ockendon seems not to have concerned Mr. Curtis in the slightest, along with the other two Belhus Councillors at the time, Wendy Curtis and Sue Gray, but then why. should they be? They were not affected by the misery caused, on the contrary Charles Curtis strenuously opposed a plan by Howard Tenens, who operate a business in Stifford Clays Road which involves the coming and going of a large number of HGVs throughout the day and night, which would have reduced the problems considerably. He attended two meetings at which he spoke in support of Thurrock Council’s objection to the Howard Tenens plan, mainly on the grounds of the perceived detrimental effect it would have on ”green belt” land, i.e. “Hangman’s Wood”. Some will say Mr. Curtis should be applauded for his concern to protect “green belt” land, and I would agree were it not for the fact that Mr, Curtis lives on a nice estate built on “green belt” land, his safety and environment is not blighted by HGVs. It could be that there was an ulterior reason why Mr. Curtis was so opposed to the Howard Tenens plan which had nothing whatsoever to do with protecting “green belt” land when he declared at one of the meetings; “as you know Chair, you and I have plans for this site”. It appears he believed that if Howard Tenens lost their appeal they would move their buisness elsewhere, thus leaving the site in Stifford Clays Road vacant and available for development. Guess what, the plans referred to by Mr. Curtis involved the building of a large number of houses on the site and the Company seeking planning permission was Violia Waste Disposal, a Company to which Mr. Curtis had an indirect connection as Chair of Violia Trust Fund and was, conveniently, a member of the Council’s Planning Committee. I have no evidence that Mr. Curtis was guilty of any wrongdoing but I believe his conduct and motives were disappointing.

It is officially acknowledged at the highest level that mould in houses, caused mainly by damp, is a Category 1 Hazard and, at the very least, is a serious threat to the health and well being of those living with it in their homes and at worst can be life threatening, especially to infants, the old and those already suffering another illness. Not so for Charlie, Wendy and Sue, they said it is a Category 4 Hazard being no risk at all to health and well being and is certainly not life threatening, and those who say otherwise are scaremongering or using it as an excuse to be rehoused. Mr. Curtis is scornful of those who complain about the standard of council houses and says they should be grateful that they have a roof over their heads, even though it may be a leaky one.

THE ARMED FORCES/ THE VETERANS CHARTER.

Mr. Curtis believes that ex-members of the Armed Forces settling in Thurrock should not be given special consideration when it comes to housing, they should be placed on the waiting list and wait their turn. He says why should they be given special treatment, they are only doing the job they are paid to do, if injured, they knew what they were letting themselves in for. He says he is far more concerned about the plight of the single mum with three kids living on the top floor of a high rise building. The single mum does have a roof over her head, however unsuitable Mr. Curtis believes it to be whilst the ex-soldier does not. Mr. Curtis says as an ex-soldier himself he never sought nor expected special treatment, I was just doing a job. It is sheer effrontery for Mr. Curtis to compare his military service to that of the likes of L/cpl Nicky Mason, who was killed serving his country in a theatre of war.

As the Mayor of Thurrock Mr. Curtis signed the Council’s “Veterans Charter”, as he did so, what was he really thinking and did he do so with gritted teeth?

If you ask the people of Belhus, or for that matter, the whole of Thurrock what they believe Mr. Curtis achieved during eight years as a Councillor, I think they would be hard put to name a single issue, apart from the residents of Humber Avenue, an upmarket area of Belhus whose residents tend to be more affluent and much more appealing to Charlie, Wendy and Sue than tenants of houses on Council estates. They enthusiastically supported Humber Avenue residents complaints about the temporary disturbance to their tranquillity, caused by noise resulting from road works 150 yards away. Never mind the endless disturbance suffered by residents elsewhere as a result of HGVs thundering past their homes a mere few feet away.

To the voters of Aveley and Uplands, I have informed you of the past record of Charles Curtis, make of it what you will. On 21st March, 2019 the choice is yours.

Maybe there is one thing Mr Curtis will be remembered for, he was an affable Mayor of Thurrock.