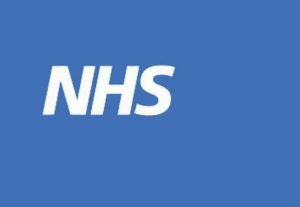 THE organisation that oversees healthcare services in Thurrock has said they have a “training issue” after mistakenly writing on a report that vulnerable children had been put at extreme risk.

Thurrock’s Clinical Commissioning Group (CCG) wrote in a board meeting report that vital medical assessments that determine whether a child has been abused were not being completed and they categorised that risk as “extreme”.

Soon after they denied the information in their own report, claiming it was a “mistake”.

When further questions were asked about how such a significant error was made, the CCG claimed to have identified “a training issue” and that the risk was “theoretical”.

A spokesperson said: “The CCG will be ensuring that further training is provided and the risk register has been updated, as have the papers on the CCG website.

“The CCG risk management process (Board Assurance Framework (BAF)) is clearly defined within the Risk Management Policy and Strategy as well as the CCG Annual Report, which is accessible on the CCG website. The process is audited each year and the current report was satisfactory with no recommendations for improvement.

“The child protection medical examinations risk was added to the register on August 1, 2018, that primarily related to the capacity within the children safeguarding team and the theoretical risk that could occur should the CCG not properly address it. Similar risks have been included in previous year’s registers.

“In terms of this risk, the provider of this service has given assurances that, all assessments are completed in line with national guidance 24 hours. In August 2018 the provider strengthened their processes ensuring that all reports are typed, not hand written and sent within allocated timeframe.

“There have never been delays undertaking child protection medicals, they are always completed within the timeframe. This has been confirmed through the contract management process for this provider.”

Despite these assurances, they failed to explain why – if the risk was added to the register in August – was it included in a November report where it was shown as having escalated to an “extreme” risk – the highest rating.

Nor did was it explain why that risk continued to be listed as “extreme” for all subsequent reports until it was highlighted by the Local Democracy Reporting Service.

The CCG has now edited their board meeting report to significantly lower the risk – two weeks after the relevant board meeting took place.

It has also added a line to say no harm was caused to any children.