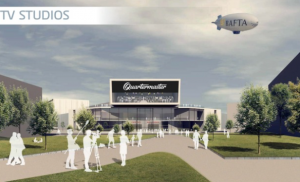 The council’s planning committee had a packed audience on Thursday night as residents filled the gallery to hear the debate on whether a comprehensive redevelopment plan for Purfleet should be given outline planning permission.

The proposal from the Purfleet Centre Regeneration Limited will create 2,850 new homes, a major film and television studio, a medical centre, a school and many new shops.

Members of the committee chose to unanimously back the plans but many expressed concerns over the plan’s potential to cause 400 job losses and its promise of just 10 per cent “affordable homes”.

The majority of those jobs are located at the Botany Quarry and an industrial estate on London Road, operated by International Timber.

After the council’s planning officer was asked about the job losses, he explained that they would be outweighed by the number of jobs created by the scheme.

“The application proposes a number of employment generating uses, albeit different uses,” he said.

“Those are town centre uses and the film and television studios. The statement estimates that based on the floor space of what is proposed, there potentially could be 2,100 jobs on site.

“In terms of current employment, the applicant estimates that there is approximately 400 full time or equivalent jobs on the site – so in simple numerical terms there will be an uplift in terms of jobs.”

Councillor Gerard Rice, of the Chadwell St Mary ward, said: “At the very least if we are the major land owner we have a responsibility to say there will be ongoing discussions with these private companies so they can be relocated.

“Bear in mind we do have the Port of Tilbury and we have DP World. It is within our gift to go to those people whilst negotiating with these people and seek alternatives. What we don’t want to do is lose 350 viable jobs.”

He added that the council should also ensure they are given “nomination rights” to ensure people on Thurrock’s housing list are the ones who benefit from the affordable homes.

Ward Councillor Victoria Holloway – who is not a member of the planning committee – called for a “cross-party promise” that the council would help businesses to relocate.

“I also strongly urge planners to listen to the input from housing department describing their specific needs for housing for Thurrock,” she continued.

“Proposals of a minimum of 10 per cent of affordable housing is not what any of us want to see. It needs to be worked on and I hope it will be in the coming years. It needs to be at least 35 per cent affordable, and indeed I expect all the points on housing to be seriously looked at.

“These problems are all concerning but not serious enough that they should halt the progress of regeneration that is needed.

“The council can redouble its efforts to work closely with the developer on this scheme and with residents and businesses to deal with the problems raised. We need solutions so we can press forward for the residents of Purfleet.

“If this plan doesn’t go forward tonight, I fear this will be the end of the road for any regeneration of Purfleet and what then? Go back to individual blocks of houses here and there where developers like, no real community plan and no proper development for the area.

“That can’t be what we are offering for our communities. I don’t think Purfleet residents will forgive any of us if their community vision isn’t pressed forward.”

Meeting chair, Councillor Tom Kelly, called the relocation of the businesses the “biggest concern” within the plan and while committee members cannot use the relocation as part of their consideration as a planning authority, the urgent need for it must be stressed in the minutes of the meeting.

The packed audience celebrated the unanimous approval from councillors with a round of applause.