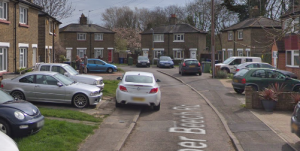 A TENANT who turned his house into a local hangout for drug dealers and addicts has been indefinitely banned from entering his home.

The order prevents Palmer from returning to this address and an official eviction will take place next week. Palmer is also banned from entering Copper Beech Road and being within 100m of the surrounding area for 12 months. He was warned he will be arrested if the injunction is broken.

Basildon Magistrates Court first granted Thurrock Council with a closure order on the property in Copper Beech Road in November 2018. Palmer was also removed from the house he was renting from the council at the same time, after residents provided witness statements about illegal activity at the address and resulting serious anti-social behaviour.

The three-month closure order was extended in January this year and enabled Thurrock Council to apply for possession of the house and seek an injunction against Palmer.