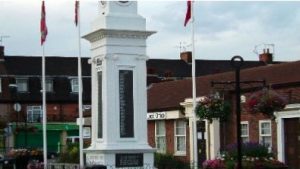 ESSEX Police are appealing for information following a robbery in Tilbury where a man was threatened with a hammer and forced to withdraw cash.

The 21-year-old victim was walking near to Post Office in Civic Square when he was grabbed by a man shortly after midnight today, Saturday, May 4.

The suspect told the man to act normally and withdraw money from a nearby cash machine.

The victim withdrew a three-figure sum and was then hit in the stomach with the hammer.

He described seeing his attacker running off with two other people.

One of the men wore a grey hoodie, a blue body warmer, jogging bottoms and dark trainers. He was described as having a beard.

Essex Police carried out a search in the area to locate the men without success.

2 Responses to "Tilbury: Man robbed and attacked with hammer"